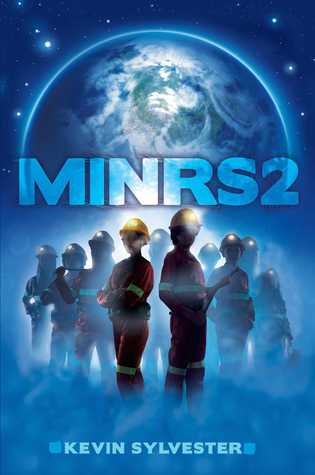 Dive right back into the action on Perses in this thrilling sequel to the gritty, space adventure, MiNRS, which School Library Journal called “a solid survival story.”

They are coming to get you.
Hide.
Hide.

The children of Perses have been receiving this message on repeat, from Earth, for weeks. Christopher, Elena, and the other survivors of the attack on their space colony know two things: their victory over the Landers will be short-lived and a new wave of attacks is imminent.

New Landers arrive sooner than expected. Led by the ruthless Kirk Thatcher, and armed with a new lethal kind of digger, they vow to hunt down and destroy everyone.

The kids have nowhere to go but underground. Again. But resources and patience are running low and the struggle to keep everyone safe is complicated by all the infighting amongst the kids.

As Christopher navigates the burden of leadership, he also has to decide whom he can trust. There are no easy answers. And with deadly consequences on the line, there is no room for mistakes.

Will Christopher be able to successfully lead the group back to Earth? Or will Thatcher make sure no one survives? (Goodreads)

* I received a copy of this book from the publisher in exchange for an honest review. This does not affect my opinion.*

If you were around in June when I did my series starter challenge, you’ll remember that Kevin Sylvester’s MiNRS was one of the titles I worked my way through that month. He made it through my bookish Survivor and I was SO excited to get my hands on the second book!

The first book left my heart racing with the last few lines. MiNRS 2 picks up with the same narrative. There’s a new group of enemies out to get the brave group and this time they have to be even more cunning in their attempts to evade the Landers. As you can imagine, however, tension mounts and it’s far from easy for the kids to stick together and formulate a plan to deal with the invaders. I love how Kevin has his characters work through their fear, mistrust, prejudices, etc. throughout the story in an attempt to outwit their attackers. One thing that I think is incredibly important for kids, teens, and even adults is learning to work with others. One lesson I have been taught over and over is that you don’t necessarily have to like who you’re working with (whether on a group project, a teams, or in the work force) but you do have to get the work done.

As was expected, there was also lots of scheming, plotting, blowing things up, and a couple epic battles. Christopher and Co. get into so many tight corners I lost count. Any time things start to slow down, someone comes up with a reconnaissance or they get found and have to go on the run. I was still fully invested in the well-being of all the characters in the MiNRS crew so, naturally, my heart raced every time the excitement escalated. My connections and concerns about the well-being of characters is a large part of my reading experience so I’m always happy when I can continue those feels in subsequent books.

I still completely adore this series. MiNRS 2 is a quick, exciting, and feels-punching read. I recommend this series to anyone looking for an awesome and action-packed MG novel!