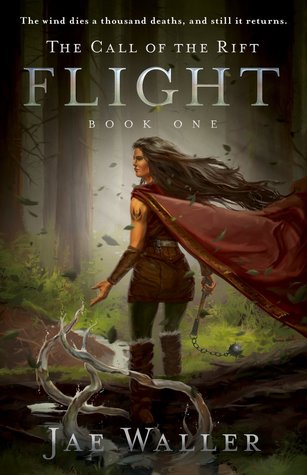 Seventeen-year-old Kateiko doesn’t want to be Rin anymore — not if it means sacrificing lives to protect the dead. Her only way out is to join another tribe, a one-way trek through the coastal rainforest. Killing a colonial soldier in the woods isn’t part of the plan. Neither is spending the winter with Tiernan, an immigrant who keeps a sword with his carpentry tools. His log cabin leaks and his stories about other worlds raise more questions than they answer.

Then the air spirit Suriel, long thought dormant, resurrects a war. For Kateiko, protecting other tribes in her confederacy is atonement. For Tiernan, war is a return to the military life he’s desperate to forget.

Leaving Tiernan means losing the one man Kateiko trusts. Staying with him means abandoning colonists to a death sentence. In a region tainted by prejudice and on the brink of civil war, she has to decide what’s worth dying — or killing — for. (Goodreads)

*I received an advance copy of this book from ECW Press in exchange for an honest review. This does not affect my opinion.*

Having read so much sci-fi and romance lately this was a great way to switch up my reading! Complete with magic/elemental powers and the ability for people to change form this gave me some of my favourite elements of a fantasy.

The back story of the characters and their cultures is complex and lush. It took me a while to catch on to the various meaning of things and how everything connected with each new piece (some of it you’re left to riddle out until the very end but what fun is it if you have all the answers right away?!). At the end of the eARC I also discovered that there is a list of terms used in the book and their explanations.; this shed a lot of light on the story as well.

I really connected with the characters in this one which is a huge factor for being invested in a book for me. Once Kateiko embarks on her journey (no spoilers but things get interesting and messy for her) I felt like I was going through the trials and tribulations with her. I was that friend on the sideline cheering her on and occassionally yelling “Kako NO WHAT ARE YOU DOING DO NOT DO THAT!” I also grew to adore the secondar characters she was closest to. I also loved how their attuned forms connected to who they are and their life experiences. I only wish we’d seen more of these forms from them but that may be because I’m partial to Kateiko’s animal and

It took me a while to get invested in the book and things felt quite slow at he beginning. After Kateiko leaves the Rin, however things start to really pick up and I felt myself becoming more and more ensnared with each new event and character. I’m extremely curious to see where the story in this series goes from here! The end sets up exciting new possibilities for the cast to continue their journey and I can’t wait to see where Jae takes it.