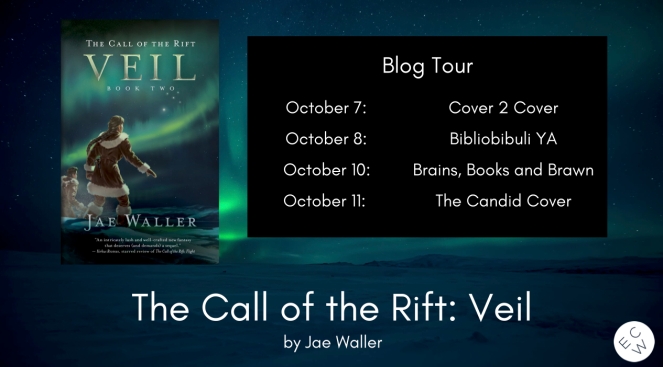 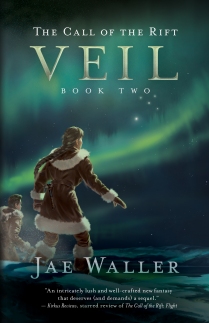 The Call of the Rift: Veil

“[A] stunning debut . . . An intricately lush and well-crafted new fantasy that deserves (and demands) a sequel.” — Kirkus Reviews, starred review of Call of the Rift: Flight

The Blackbird Battle has left all sides devastated. The wind spirit Suriel has disappeared. A hard winter is coming, and famine stalks the land. Kateiko Rin returns to her people, ready at last to rejoin her community, but the dangers of the unsettled times come raging to her doorstep. Kako is left with no choice but to battle the forces that seek to open a rift between the worlds. Leading an unlikely alliance that includes her new love Airedain and her old one Tiernan, Kako must risk all to try and stop the coming disaster.

Author Jae Waller returns to her riveting alternate world of brooding rainforests in a colonial time and to her headstrong, troubled heroine in this compelling second volume of the Call of the Rift quintet.  (Goodreads)

*I received an advance copy of this book from ECW Press in exchange for an honest review. This does not affect my opinion.*

This is going to be quite the long series but I’m now officially trapped until the end.

Book one (Flight) had me already invested in most of these characters and their overall well-being and yet somehow Jae dug them even deeper into my feels with Veil. They were more fleshed-out in this second instalment and many went through a lot of growth throughout the story as well. By the end, although I didn’t agree with all their choices, I felt like I understood them better and was more connected to all the main players as well as the more secondary characters.

We’re given even more amazing lore in Veil as well as my wish of the characters taking on their attuned form more often. I love the magic system and its connection to history and the people’s legends. It’s fresh, captivating, and magical on a different level than just casting spells or summoning lightening, etc. I love a lot of things about this series but I think this is in a close battle for top of the list.

Where I felt the first book was a little slow to get started and had me confused at some points, starting the second instalment was totally different. Things started happening so fast and, although it has been quite a while since I read the previous novel, I regained my footing quickly and didn’t feel lost at all. I was immersed very early on and it was hard to tear myself away from it for adulthood things after that.

The story in Veil definitely dives much deeper into the reality of society and the political strife of Kateiko’s world. Seeing the inner workings of various parts of their daily life was extremely interesting (and very juicy at points). I don’t want to give too much away but we get the rundown on a few very captivating entities and oh boy are you on for a ride.

This is a series where I will definitely be waiting (im)patiently for following instalments. As in, “I need it now.”